Licenses are typically required for individuals and businesses that provide finance industry services in the United States. This guide contains information about professional finance licensing in Oregon.

Utilization Review licensure is not required on the State level in Oregon.

There is no registration requirement for IROs in Oregon, however, annual reports must be filed with the Division of Financial Regulation.

This section applies to insurance firms that are applying for a license in Oregon for the first time.

This section applies to insurance firms that are already licensed in Oregon and need to renew their license.

Utilization Review licensure is not required on the State level in Oregon.

This section applies to insurance agents that are applying for a license in Oregon for the first time. 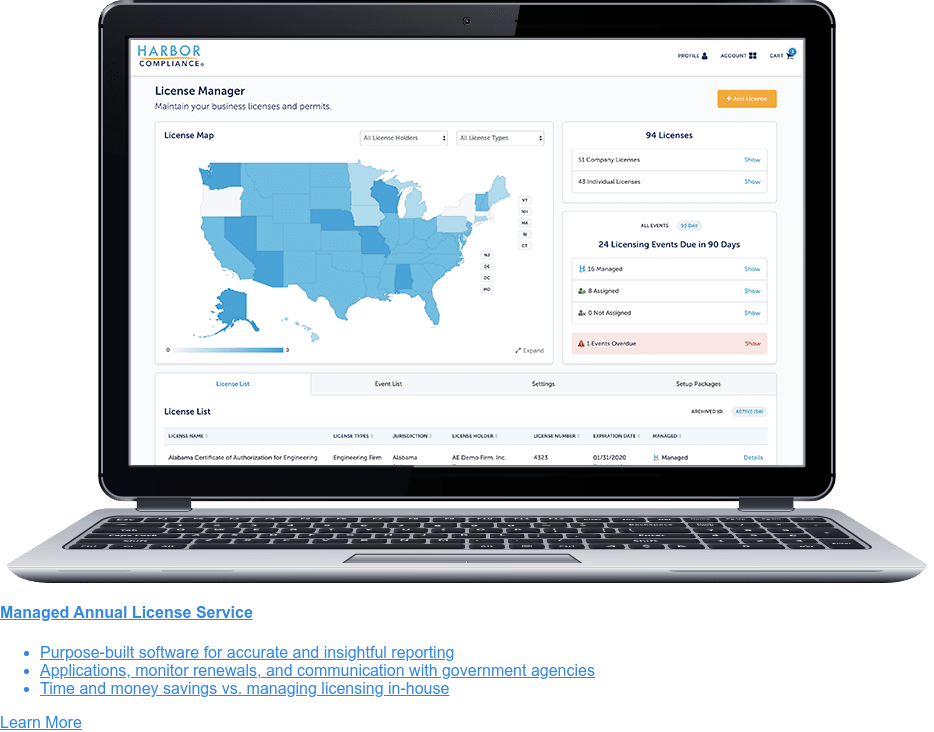 Explore licensing in other states:

Agent in Charge - A licensed individual responsible for the supervision of all individuals within an insurance agency. The agent in charge must be licensed in the same lines as the agency.

Insurance Broker - Individuals who sell insurance policies while representing the interests of the buyer. Brokers are typically independent intermediaries without an insurance company affiliation.

Managing General Agent - An agent or broker that is involved in underwriting and has other areas of authority normally handled by insurers. MGAs are typically involved in unusual lines of coverage or in geographically prohibitive areas.

Surplus Lines Insurer - An insurance carrier that takes on risks that a licensed carrier is unwilling to insure. Surplus lines insurers do not have access to state guaranty funds and are less tightly regulated by state governing bodies.

Title Agent - Title agents sell insurance that protects real estate owners against loss of ownership of a property due to a legal claim.

National Association of Insurance Companies (NAIC)
A standard setting and regulatory support organization that is governed by state insurance regulators.